Read the full article here: These people are in desperate need of your help.

I have been approached on different fronts to teach about what I do.  Yes.  Who’d have thunk?  I am mentally compartmentalising the requests into ‘projects’ and most notably, there is one called KATOEN.  You may have heard of Katoen, it is an informal settlement just outside White River where most of the residents, not all, are white.  I have to admit I was a little sceptical, not thinking they would be interested, but I went to make people’s acquaintance and to ask if I might interest them in growing organic fruit and vegetables for themselves.

There were enthusiastic mumbles and most notably two men stepped forward to get the project off the ground. Then two more joined, about a day or two later.  Then one got a job but says he will make contributions and also come to work in the communal garden on weekends although his new job comes with a place to stay.  He has been back, true to his word.

I could make this email very long but instead I should invite you to go to my Facebook page called Farm in a box, and click on ‘follow’ to get the updates on this exciting project.  As soon as I’ve mastered syncing the new phone and new laptop I will start placing pictures of what we are doing there.  To say the progress has taken my breath away seems trite but it is true.  If I suggest something the one day you can be sure 24 hours later I will find the earth moved and the area cleared and they’re waiting to see my reaction.  It’s a beautiful thing, when people can get that enthusiastic about such a worthwhile cause – their own betterment!

So I am writing to you to say, there is a Category that has two Gift Vouchers in, the one is if you want to bless someone with a vegbox (and get R150 off on your own order) and the other one is a Gift voucher for Katoen (which will calculate up by R20, but only once.)

You can click the item as many times as you wish to increase your donation, and pay it into the normal account. I will then have a ‘paper trail’ to acknowledge your gift, and very soon on Facebook you will be able to see what your donation went towards.

I suspect that if the project becomes the success I think it will, a year from now all my clients from Nelspruit and White River will be buying their veggies at Katoen, fresh on demand!

We are already planning a coolroom (not a cold room) and sufficient parking!

I’m hoping many of you chudders** will be getting on board with this!

**Explanation of ‘you chudders’.  My first granddaughter, Millah, decided when she was a tiny tot, that ‘each other’ should have a plural, which would be ‘you chudders’.  I have since adopted it, because it is a most handy way of avoiding the Texan drawl of y’all!  Try it, you will see how easy it becomes to default to ‘you chudders’!

Love and best wishes to all of you who are on this journey with Farm in a box, I’m hoping to be more on top of things at least by the end of February, with new pictures and other improvements to the website. 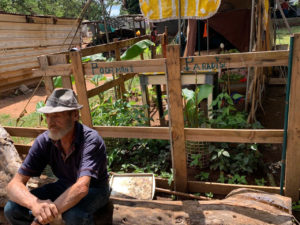 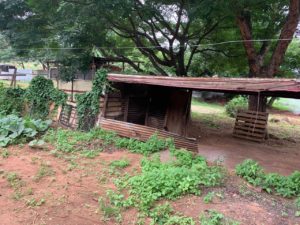 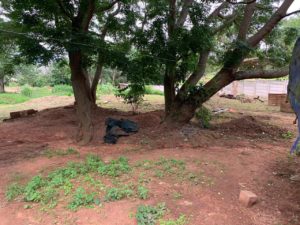 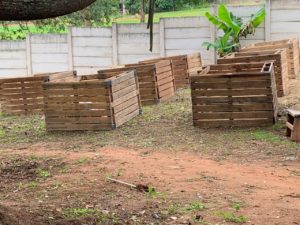 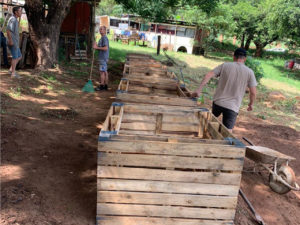 Lowvelder: Katoen, a place where the down and out can find aid

We use cookies on our website to give you the most relevant experience by remembering your preferences and repeat visits. By clicking “Accept All”, you consent to the use of ALL the cookies. However, you may visit "Cookie Settings" to provide a controlled consent.
Accept AllCookie SettingsPrivacy Policy
Manage consent

This website uses cookies to improve your experience while you navigate through the website. Out of these, the cookies that are categorized as necessary are stored on your browser as they are essential for the working of basic functionalities of the website. We also use third-party cookies that help us analyze and understand how you use this website. These cookies will be stored in your browser only with your consent. You also have the option to opt-out of these cookies. But opting out of some of these cookies may affect your browsing experience.
Necessary Always Enabled
Necessary cookies are absolutely essential for the website to function properly. These cookies ensure basic functionalities and security features of the website, anonymously.
Functional
Functional cookies help to perform certain functionalities like sharing the content of the website on social media platforms, collect feedbacks, and other third-party features.
Performance
Performance cookies are used to understand and analyze the key performance indexes of the website which helps in delivering a better user experience for the visitors.
Analytics
Analytical cookies are used to understand how visitors interact with the website. These cookies help provide information on metrics the number of visitors, bounce rate, traffic source, etc.
Advertisement
Advertisement cookies are used to provide visitors with relevant ads and marketing campaigns. These cookies track visitors across websites and collect information to provide customized ads.
Others
Other uncategorized cookies are those that are being analyzed and have not been classified into a category as yet.
SAVE & ACCEPT
0
0
Your Cart
Your cart is emptyReturn to Shop
Continue Shopping